Dr. Galen Heyne is a veterinarian in Southern Wisconsin with a special interest in small animal surgery and dentistry. 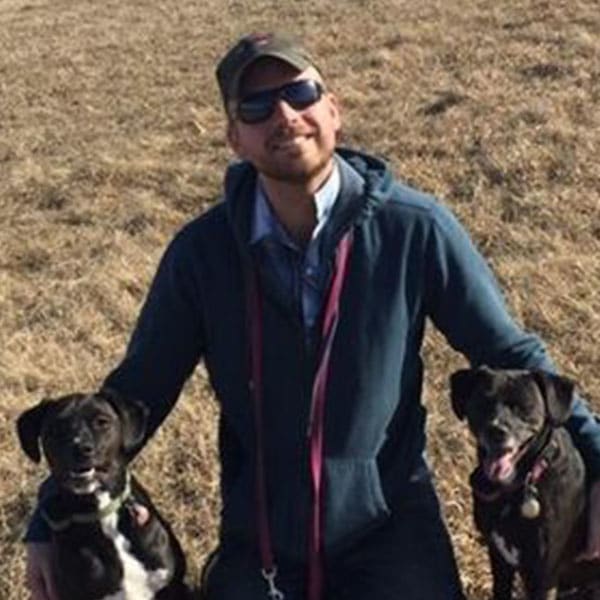 Galen is originally from Fairbanks, Alaska, but has his roots in southeastern Minnesota where his grandparents owned a dairy farm. He moved to the Madison area to do his undergraduate and graduate studies at the University of Wisconsin and obtained his Doctorate in 2019. In between degrees, he worked in kitchens as a line cook and in several research labs, where he studied glaucoma, molecular bacteriology, and cleft lip and palate. He remains curious and enjoys keeping up to date on the latest clinical studies. In veterinary school his focus was on dairy and equine medicine, planning to wind up in mixed practice. However, before starting at Badger in Cambridge, he worked exclusively in high volume small animal surgery and shelter medicine – the two areas he never dreamed he would find himself in!

Galen lives in McFarland with his wife Becky and two small girls, Rory (2) and Izzy (0). They also have two old rescue pups named Copper and Chena.

We provide emergency care for horses 24/7 and cats and dogs during our regular business hours.

Select your location to fill out forms, request an appointment, get financing and more.

Badger Veterinary Hospital & Equine Services is accepting new patients. Our team is passionate about the health of animals from across Southern Wisconsin. Contact our closest location to book your first appointment today!